The eloZ1 Desktop (eloZ1-400) is the compact version of the eloZ1. It is particularly suitable if there is only limited space to fit test appliances. The eloZ1-400 can also be used as a mobile test system. 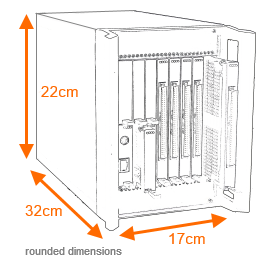 Construction and functionality of the test system is equivalent to it's "big brothers". Only the slot count is decreased.

The heart of the test system is also the eloZ1 test electronics.

For parallel testing several eloZ1-400 units can be combined.

Test programs will be created and executed with elowerk TestBuilder. 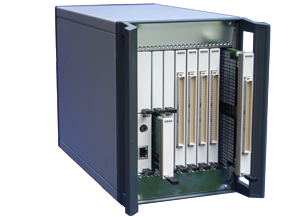